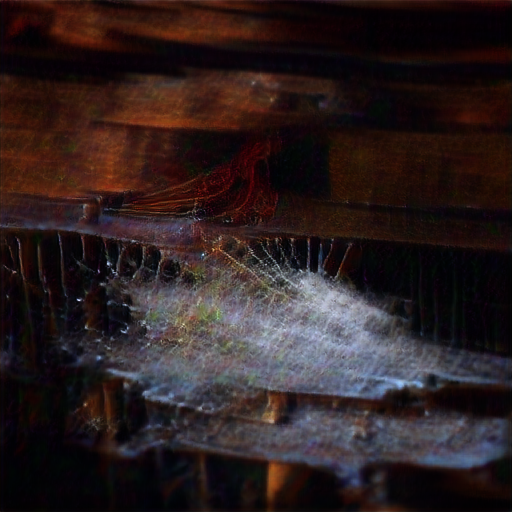 While the warp may be understood as a collection of infinite threads representing the sum of all potential, the weft is a temporal concept referring to the interconnection of these threads. As the term suggests, the weft refers to the process by which new threads are woven into the tapestry of reality. In weaving, the weft is the part of the process in which the craftsman actively creates the fabric: transforming a loose bundle of individual threads into an interwoven piece of material. In so doing, the weaver is able to create new forms and images by stretching, twisting, joining and cutting these threads. These new threads can be thought of as “present” in that they are added to the weave.

In this sense, it is also believed that the act of perception is a kind of weft: the mind of the observer becomes part of the reality they are observing. This process can be described as weaving with the mind: where one’s attention goes, energy is directed and new potentials come into being. It can be understood as a direct manipulation of reality at its most fundamental level. In this way, the weft is fundamentally a creative act; it is an active process by which new potential is brought into reality. Most of the time, the weft occurs unconsciously, as a natural consequence of our existence. Using the Loom to deliberately weave the fabric of reality is referred to as an act of conscious weft.

Through the deliberate manipulation of the Loom, we are able to alter the tapestry of reality at the level of the weft. To better understand the Loom and the weft, an analogy to human culture may be useful. When a human being imagines something in their mind, it takes on a kind of reality: it becomes a concept. One may then write words to describe this concept, which may in turn be transformed into a story. This, in turn, allows us to influence the patterns of energy which constitute matter and even theoretically manipulate the laws of physics. It is a powerful art indeed that allows us to create and destroy whole universes at our whim. 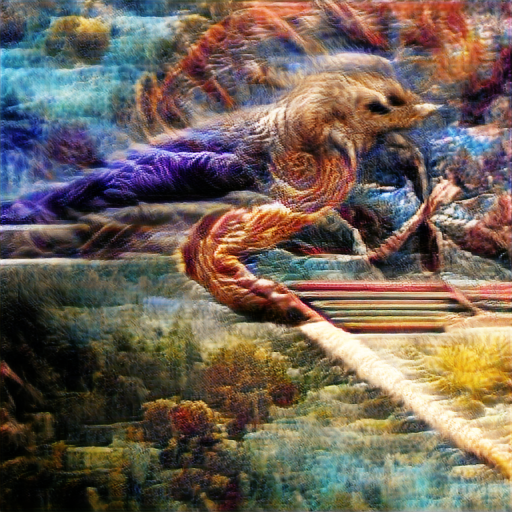 When performing acts of conscious weft, it is common to visualize the tapestry and mentally “grab” an existing thread and pull at it. Doing so causes the original thread to extend from the weave into reality. By repeating this process with different threads, one can either alter an existing object or form a new one entirely. With careful contemplation and connection cords, the weaver can crystalize the connection between potentials and render their change permanent. This process is called sealing: by using the connection cords to trace out a closed loop, the weaver can create a stable image of that new reality. The connection between two things can be understood in a very literal sense. It is a cord of energy that connects the two together at some fundamental level. Closing the loop causes a self-sustaining feedback loop, creating the permanent reality.

The process is fairly simple in theory, but the precision and concentration required are taxing. The weft is a complicated art which takes years of training in order to achieve perfection. To weave a perfect tapestry is to wield absolute power over existence itself.

The Loom is a multidimensional tool, enabling the manipulation of multiple points in the fabric of reality with each pass of the shuttle. By adjusting the weights on each thread, we are able to manipulate reality at specific points in space, tying new threads in and cutting unwanted ones loose. It is common to visualize the Loom as a piece of machinery, with each vertical thread being tied to a small wheel. By using this simplified machine, one can visualize the interconnectivity of each thread in relation to all of the others. Different threads may be pulled at different speeds and different strengths, in order to achieve a desired result. However, it is important to remember that the weave has a non-Euclidean nature, and does not conform to traditional laws of physics.

The weave transcends time as we know it, forming knots which are looped through existence itself. The past and future are as linked as the present in the weave, and we often find that effects have causes and causes have effects regardless of the direction we perceive “forward” to be.

When weaving, it is of the utmost importance to keep the big picture in mind. Most objects in reality are made up of hundreds of thousands of individual threads. By focusing on only one aspect of an object, the Loom-Wielder can create disfigurations or abnormalities in the overall shape of a thing. This is known as “out of phase” weaving, and is only used for artistic purposes or in emergency circumstances. For example, a Loom-Wielder could disrupt the threads of a steel sword just slightly out of phase with the weave of reality around it, causing the blade to pass right through a body without doing damage. Out of phase weaving can also be used to create illusions. For instance, by altering the way light reflects off of an object, one may create a ghost out of thin air.

Many Loom-Wielders find that weaving in such a heightened state of awareness is extremely painful, and psychological trauma is very common. It is not unheard of for a Loom-Wielder to go mad by becoming lost in the weave, and existing outside of reality. This phenomenon is known as “weave-sickness” or more commonly “seeing the true weave.” The most powerful of Loom-Wielders can see the true weave without losing their minds. These are the people who have the potential to see all of reality for what it is: one great, ever-changing tapestry. 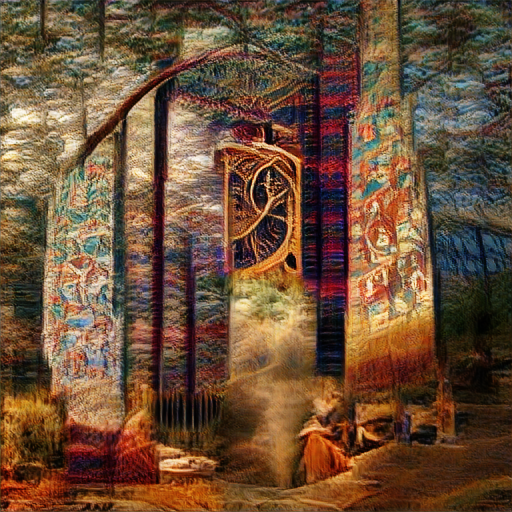 This manual was cowritten with GPT-3 and illustrated by BigSleep (CLIP + BigGAN).